Minneapolis Star Tribune names "In It to Win It" one of the 10 best Minnesota albums of the year!

""Idle down / Don't go too fast" are fitting lyrics to hear from this steady-grooving Americana strummer, who didn't step out in the Twin Cities scene as a singer/songwriter until after she raised her kids. With a tight unit of twang vets behind her, including guitar master Paul Bergen, Kapell shows the cool confidence of middle age and a Lucinda Williams-style tender toughness in "Idle Down" and this seven-track mini-album's sizzling title track." -Chris Riemenschneider, Minneapolis Star Tribune

The Ditty Dozen is a weekly-updated Spotify playlist dedicated to sharing a dozen of the most exciting emerging artists curated every week by DittyTV.

IN IT TO WIN IT t-shirt 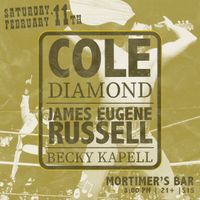 Join us for a night of Country and Americana music at Mortimer's! Three Bands! Becky Kapell and The Fat 6 are up first at 9pm! $15 at the door. 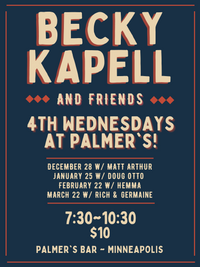 Tom Smouse interviews Becky in her home in advance of her record release.